The Inventions of Pizza

Pizza is not popular in China, and imported Western pizza chains have met with indifferent success. This is despite the fact that pizza was first invented there, more than two thousand years ago, during the Qin dynasty. It was eaten by all classes of society, high and low, and every village would have its own communal pizza oven and characteristic recipes.

But one day, at a great state banquet, one of the guests suddenly picked up his pizza and flung it, frisbee style, at the Emperor. The circular blade concealed inside by a treasonous cook decapitated him.

Pizzas were henceforth banned throughout the Middle Kingdom, pizza ovens and recipes were destroyed, and the very word was expunged from the language.

Once upon a time there was a baker. His genius was not content to bake the same loaves every day, and he experimented with every conceivable method of baking bread, and baking every foodstuff into it: aubergine bread, sardine bread, pistachio marzipan bread.

Once, he had a surplus of unsold bread, that would go stale. He broke it up and baked it into a new batch, creating the renowned “pane del pane”, or “bread bread”.

His greatest invention was to bake a layer of cheese onto a flatbread, and embed therein a variety of vegetables and meat. A fad for this novelty swept through his city, which thereafter gave its name to the dish: Pisa.

Marley’s web pages were dead: to begin with. No sooner had Scrooge returned from the funeral than he had deleted every page of Marley’s “blog”, for which he had begrudged every kilobyte.

But that night he awoke from uneasy sleep to find a ghostly figure in his bedroom chanting “404! 404!”

“You don’t exist,” said Scrooge testily. “You’re that piece of cheese I had for supper.”

But the figure only said, “Come!” and Scrooge found himself compelled to follow as it drew him beyond the walls of his house and across the earth.

“The Library of Alexandria!” it declared, and Scrooge found himself amidst its burning. “404!”

It spoke again, “The archives of the Medici Bank!” and Scrooge was surrounded by workmen carting away stacks of old ledgers as waste paper. “404!”

Darwinium
Darwinium was accidentally created in the search for stable superheavy elements. Its atomic number is 288, and it has at least fifty isotopes with half-lives of more than a microsecond. That may seem a short duration, but in its brief life it is able to catalyse the combination of ordinary heavy elements to form more darwinium and other superheavy darwinides whose properties vary in many ways, and which can induce each other's transmutation or disintegration. The resulting intense process of natural selection, with upwards of 100,000 generations per second, has resulted in the rapid creation of entirely new forms of matter, faster than human understanding can keep pace with.
Fortunately, it has not yet evolved the ability to digest any of the lighter elements. The few samples in existence have been isolated in aluminium containers, within which the finite resources cause the evolution to eventually peter out. The samples now appear to be quiescent, but there is no known way of destroying them. They have been able to absorb all the high-energy particles we have bombarded them with.
Theoretical calculations suggest that the introduction of as little of 1 gram of the heaviest ordinary elements might allow darwinide to evolve the ability to digest every element down to hydrogen. Some argue that it is our moral duty to release the darwinide so that it may progress to transmute the entire planet and beyond into new life-forms beyond our imagination.
Posted by Tura at 18:09 No comments: 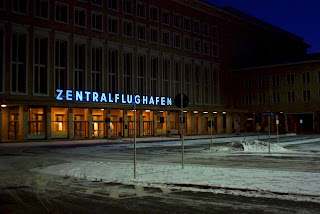 I was at the airport when it happened, waiting to fly out to the UN Emergency Conference on, well, everything. Failure of all the Covid vaccines. The Indo-Chinese war. Escalating threats from the other nuclear powers. Then the Yellowstone supervolcano.

An announcement came over the PA system. “Attention all passengers. Civilisation has fallen. Passengers should only embark if travelling directly home. Once all remaining flights have departed this airport will close permanently. Personal message for Dr. Brezoianu. The conference has been abandoned, because what’s the point? Apologies for the inconvenience.”

I walked out of the airport and drove home, to wait for the end. 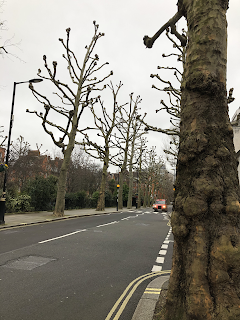 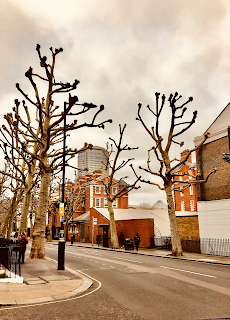 Image: Querkleyhews on London streets, not far from the Tate Britain gallery.
Posted by Tura at 23:05 No comments: 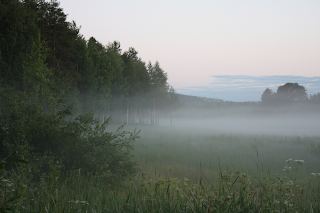 Grey fingers of dawn opened the sky. Dew lifted from grass into drifting mist. The body of a man, three crossbow bolts protruding from his armour.

One lay against a tree. He gasped and opened his eyes, grimacing as his hand tightened on his sword. A body lay across his leg, too heavy to shift.

"As long as I shall live..." he began. He paused, drew breath again. "My right hand shall defend thee."

Above the silent battlefield, the crows began to arrive.


This was inspired by the song “Tant con je vivrai” (“As long as I shall live”) by Adam de la Halle. The song is about something completely different, but the cold performance linked here fits the mood.

The story has also appeared on Laurence Simon’s Weekly Challenge.