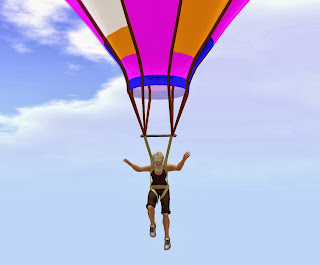 I’ve made a second draft of a mesh parachute harness. The first I made by laboriously extruding a rectangular cross-section inch by inch around the avatar. I’ve since learned how to extrude one curve along another, so I made the second version by wrapping Bezier curves around the body and extruding a rectangle along them. Then I converted it to a mesh, and with some help from the Blender Avastar group uploaded it and adjusted the balloon to join onto it.

This is still a fairly raw draft. The weight assignment needs a lot of work. Making an animated pose to go with it is going to be interesting, as to keep the harness joined to the balloon, the avatar has to be animated as if the chest bone were the root, which should remain fixed while the rest of the avatar moves. 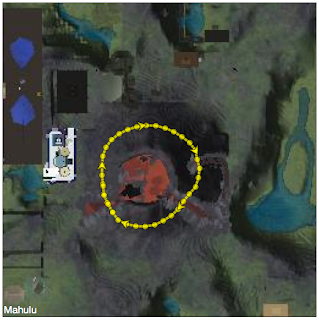 Circumnavigating the volcano in Mahulu


The web site is live. Anyone with a copy of this balloon (which is only me at the moment) can log their journey and later see a map of the route, drawn on the SL world map.
Posted by Tura at 18:10 No comments: